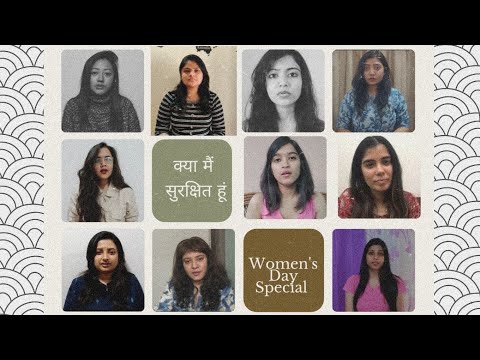 By Parakram Singh with 6.4

The idea of the narrative is to explore the question of women’s presence in public spaces, as well as their location in society. The approach remains marked by women from all over the country reciting lines into the camera, each of them questioning how their safety and security have been left at the mercy of a predominantly sexist society which still remains indifferent to their woes. Central to all of these ideas and their articulation is the question - am I safe?

As the title of the short video is realized within the narratorial progression, its intentions are presented to the viewer in a lucid manner, all along adhering to its core intentions. The weaving of the different visuals exhibits a little inconsistency, however, in its texture and overall flow, perhaps a characteristic that can be smoothened out in the future projects by the team.
Read Less