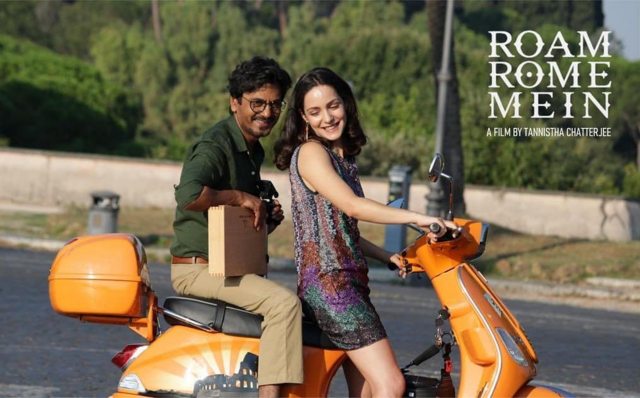 By Tannishtha Chatterjee with 7.7

'Roam Rome Mei', a strong and much needed commentary on gender, misogyny and sexism, turns out to be a powerful directorial debut by Tannishtha Chatterjee. The film is further supported by the most convincing portrayal of an elder brother by Nawazuddin Siddiqui who goes to Rome looking for his missing sister. What the narrative does most wonderfully is offer a sharp critique of gender dynamics in contemporary India which still refuses to allow its women to have a mind of their own. It opens with a shot of Siddiqui’s character, Raj, on a video call with a woman who the viewer soon finds out to be his sister.

As the story progresses, the viewer is further made to realise that this Raj is different from all the other Rajs we are used to seeing in the Indian cinema space. Unlike all his namesakes before him, he will make you sit up and pay attention to all your internalised sexism.

Needless to say, the strength of the film lies in the way it establishes a strong feminist premise and follows it through right till the end, using the point of view of a male character, as if, almost urging the tools of patriarchy to introspect and change.

Unlike films which often fall in the trap of romanticising the foreign land, the film offers a balanced and adequately de-glamourised version of Rome to the viewer. Further, as Raj finds himself unable to differentiate between dream and reality, the narrative acquires a life of its own. The mystery builds up to involve and frustrate the viewer, already struggling to make sense of what is truly going on. Where did Reena go? Why is no one - past lovers, police, her brother - able to track her? But most importantly, who is Reena truly? Is she the girl who wears kurtas and returns home to follow her seven-thirty-curfew or is she the curly-haired woman in summery dresses who aspires to be an architect, constantly struggling to step out of the shadow of discrimination and lack of education by a family which prioritised her brother over her?

The film hits home too close for comfort, and might even be triggering for several women. The beauty of the narrative lies in the fact that 'Roam Rome Mei' is the story of everywoman.

This is precisely what makes it an intimate and moving experience for those who have felt discriminated against and dreamed of a reality where they could truly be themselves. On his wild-goose-chase to bring his sister back, a la true patriarch and son who has to ‘uphold the honour’ of his family, Raj finds himself unlearning all that he had established about gender identities, location of women in society, sexuality, and most importantly, Reena. Once again, Siddiqui does not disappoint in the delineation of a repentant brother desperate to find his sister.

Another strength of the film lies in the manner in which it borrows from the genre of dramedy. This borrowing, which Chatterjee accepted in response to a question by the author, organic in nature, enriches the narrative manifold. The most intensely moving scenes are allowed to be diffused by an unexpected quip or witticism, making them wholesome and balanced. Towards the second half, the film runs the danger of sagging and becoming slightly threadbare. However, Chatterjee’s direction soon pulls it together making it a well-rounded product highly recommended for Indian viewers.