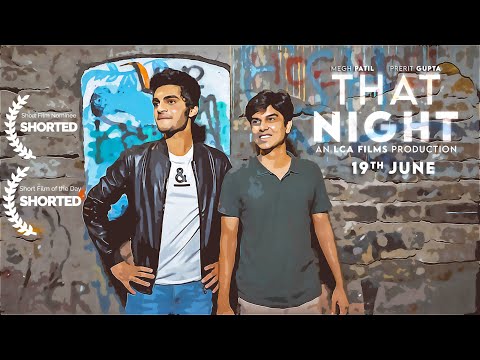 By Siddhant Gala with 6.8

Krish is preparing for the medical entrance exam that is due in thirty-six days. Anyone who has been an aspirant would know the strenuous preparation that such an endeavour demands. Krish studies for more than eighteen hours a day, yet finds it difficult to pass his mock tests.

The film depicts his isolation which is in part, self- imposed, but in part also mandated by the extensive syllabus he has to cover. Cutting himself of all ties, familial and social, the protagonist has become like a machine that is only programmed to study.

One night, a friend who has decided to move out of his house after a fight with his parents, knocks on Krish’s door. This friend, who is reckless and carefree, forcefully takes Krish to a party. Is this friend the devil in disguise or a saviour who has come to rescue Krish from his misery?

The film not only makes an important intervention on the pressures that students put on themselves to succeed in the only (conventional) way that they are taught is available to them, but also stresses the pleasures of life, that are as much a part of a student’s well-being, and must be enjoyed rightfully.
Read Less