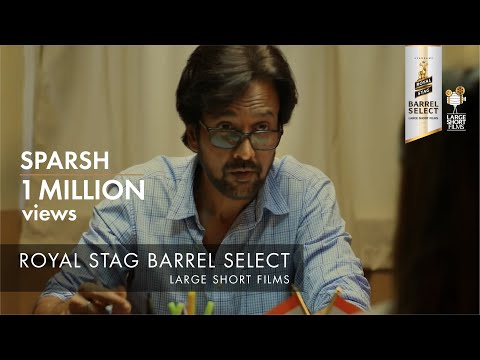 By Ankoosh Bhatt with 7

Kay Kay Menon is easily the best part of the film. The intention comes at a close second. Sparsh is about the beauty of kindness and all that it's capable of.

In the process, it also reveals the consequences of its absence - how the cycle of hate and pain is a tough one to break out of. As it gradually concludes into a fade out, the sensitive viewer might feel a little tug at the heart. However despite its attempts, the film does not deliver all that it promises. It consists of several hits and misses - hits in the form of writing and thought, and misses in the form of the execution of that thought.
Read Less