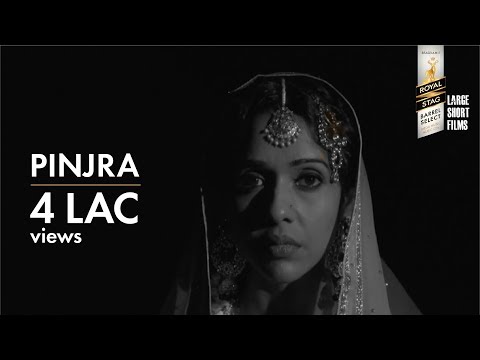 The short film attempts to experiment with camera technique to infuse a freshness in its visuals. This when coupled with a powerful voiceover by the very talented Naseeruddin Shah leaves little room for mistake, yet the film falls short of delivering all that it promises.

Pinjra is an exploration of the confines imposed on a woman simply by virtue of her gender. It further goes ahead to draw attention to the fact that even if a woman manages to overcome these limitations and step outside them, she is still met with a world that is deeply steeped in patriarchy. It would do all it takes to not endanger the status quo. The film ticks off all the right elements on paper - there is poetry, strong writing, dance, unique approach to visuals, skillfully minimalist art direction and good performances, but despite it all, it misses the mark by a significant distance.