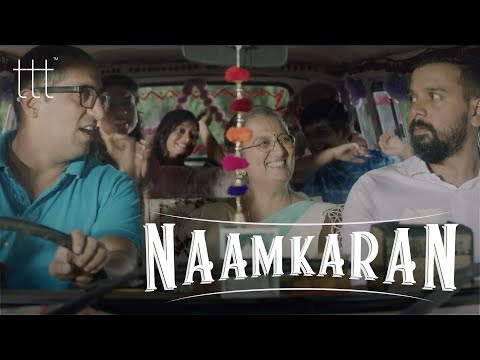 Starring Namit Das, Naamkaran opens with the protagonist in a hurry, but running extremely late as his cab driver cancels on him after a long wait. As he struggles to get to his destination, his enthusiastic family turns up, more than eager to drive him to the place.

The film is an attempt by director Sonam Nair to portray the love of a family that is loving to the point of being overwhelming. However it handles a situation common for many without a tinge of bitterness. While it may all be loud and colourful, yet at no point are the colours and the sound bothersome. Naamkaran is an endearing story of a young man at the brink of starting something new along with unwavering support of those who love him deeply.
Read Less