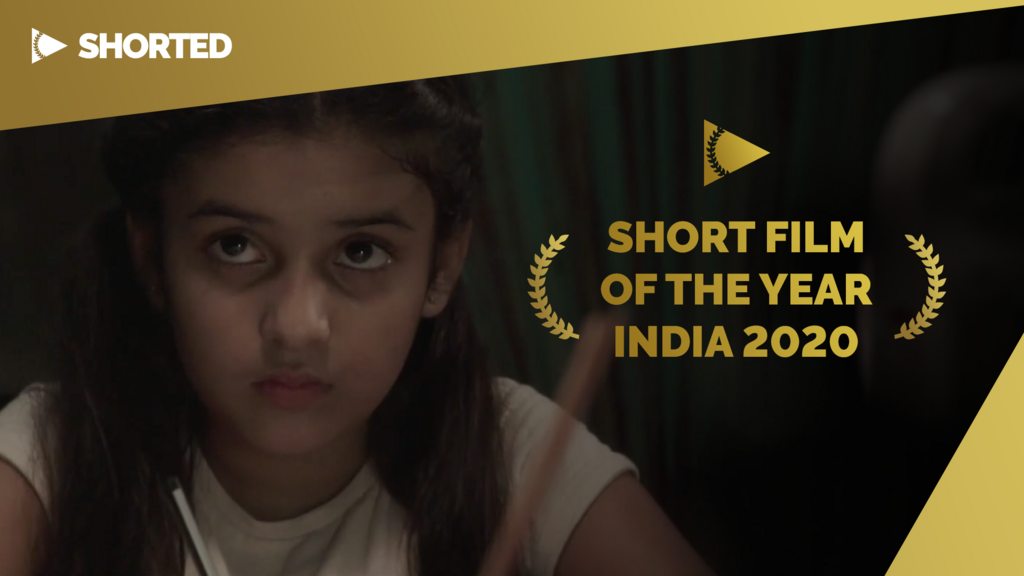 By Priyanka Singh with 7.8

sotysoty finalist
Dealing with a topic as sensitive as child sexual abuse runs the danger of easily falling into a space of sensationalism, voyeurism or simple unpalatability. It requires a meticulous and delicate treatment in order to drive its point home, to introduce a possibly unsuspecting or unwilling audience to it, to hone their sensibilities and awareness in the most constructive way possible. If a film makes you sit up and pay attention to your actions and of those around you, to perhaps strive for reform, then a product of art can be considered successful in a significant way. That is exactly what Maunn manages to achieve.

The film opens with a shot in the dimming light of twilight on a terrace, clearly suggesting the passage of imminent darkness. The plot unfolds to reveal that the couple is quarrelling about sexual abuse of their ten-year-old daughter, Shreya at the hands of their neighbour's son, Dev. We make our way into the house, currently under a power-cut, while the couple continues to argue about their course of action regarding Dev. The muted colour palette and the dimly lit frames remain until the absolute moment of clarity is achieved by the viewer as well as Shreya's father when he finds Dev uncomfortably close to his daughter. The moment is further foregrounded by the end of the power-cut. Light floods back into the room, along with the father's undeniable realisation of his daughter's abuse.

The crux is reached in the narrative in a forceful manner leaving the viewer unsure of what truly hit them. As they reel with the aftermath, the film succeeds in reiterating the message it had set out to convey at the start. However, how will it influence Shreya's parents?