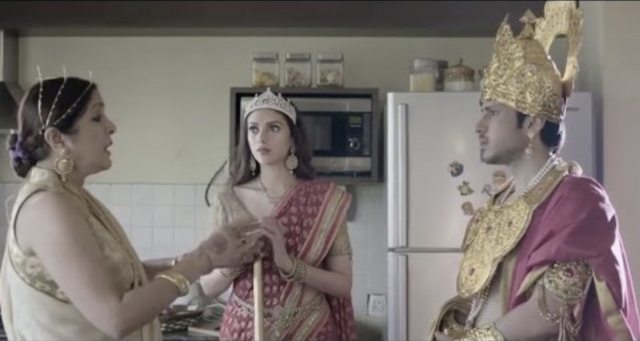 By Akshat Verma with 6.9

Throw in actors like Neena Gupta, Aditi Rao Hydari, Amol Parashar and what do you get? You get a fun short film like Mama's Boys. Hello, modern day Bhim and Yudhishtir - one goes to the gym while the other latches on to Arjun for free bike rides.

No, the short film didn't forget Nakul and Sahdev - struggling fashion designers who want to keep their homosexuality hidden from their mother, because after all, they ARE mama's boys. Mama's Boys is marked by the brand of humour that exploits hypersexualisation to invoke laughter. Also, the film would have benefited greatly by a more well-rounded and less abrupt ending.
Read Less