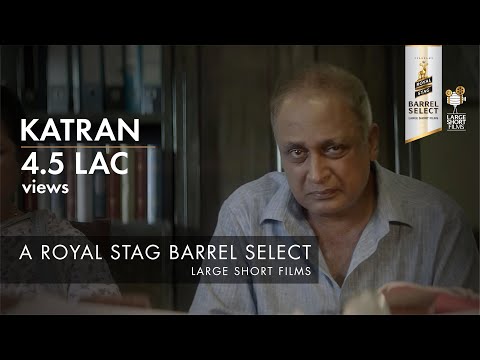 It's the little moments that make up life as well as a good short film. Katran, a glimpse into these seemingly unimportant moments, is the story of an elderly couple which has decided to part ways after three decades of marriage.

The chemistry between Piyush Mishra and Alka Amin beautifully captures the conflict and makes it the strongest aspect of the narrative. The protagonists are supported most efficiently by the other characters in the film which make brief, but not any less significant appearances. As the story progresses, it becomes clear to the viewer that separation indeed is the most peaceful and ideal solution for the couple. However is that the path they will also eventually choose to move ahead?
Read Less