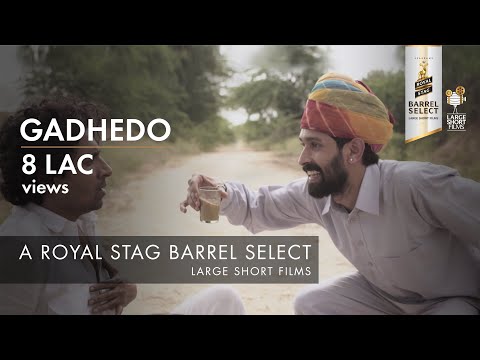 soty finalist
A viewer should go to Gadhedo unprepared and unsuspecting and allow themselves to be impressed and entertained by a wonderful short film. The story is of a small village where the local teacher lounges and relaxes at the cost of his pupils' education. As Monday becomes 'Monde' and week becomes 'weak', it is not hard to determine the direction his students are headed in.

Add to all this his eccentric, witless landlord, and the drama of the film unfolds in the most unpredictable and engaging manner. The film is unique and refreshing in the style it adopts to tell its story, a folk tale, as it states at the start. It has several moments of brilliance as the viewer tries to pin it down to a genre - comedy, drama, thriller? What happens when a simpleton decides to pay a huge sum to his devious tenant to turn his donkey into a human? The consequences are hilarious, surprising and saddening - all at the same time, allowing Gadhedo to be a skilled and sophisticated piece of art.
Read Less