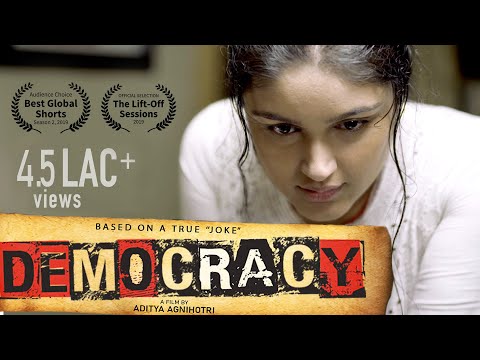 By Aditya Agnihotri with 6.9

As the title of the film suggests, it is a metaphor for the contemporary reality in India. By using a familial setup as an analogy for the functioning of a country, it offers a strong comment on the manner in which a democracy functions.

The film exhibits competent cinematography, but the highlight still remains the questioning of the faulty system by two little brothers, unable to see past the sham of transparency and the autonomy of the individual. The brothers disagree with their parents on where they want to go for holiday. The father thus decides to put it to vote. However, is reaching a consensus by all logical, rational and ethical means, and following it through the same thing?