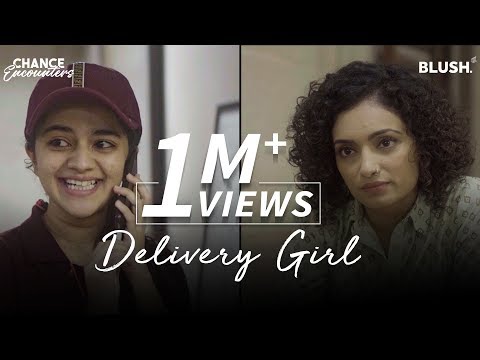 The short film is essentially a conversation between two women who sit across each other as equals in a static, wide frame that serves to further accentuate this equality. However once you enter the universe of the film, you realise that they are far from being equals, separated from each other on the basis of their social location. Yet the two have managed to achieve a common plane as married women.

Delivery Girl is an exploration of internalised patriarchy and how sometimes the biggest instruments of it are women themselves. It further draws attention to the fact that women are not the only victims of it, but men too suffer under a patriarchal set-up. Additionally, it reminds the viewer that gender equality is not an ideology to be believed in as long it's convenient to do so. The two women, played convincingly by Vaibhavi Upadhyay and Krutika Deo, communicate all of this to the viewer through a single conversation. However, despite being written beautifully and effortlessly, the predictability of the plot becomes a weakness of the film.
Read Less