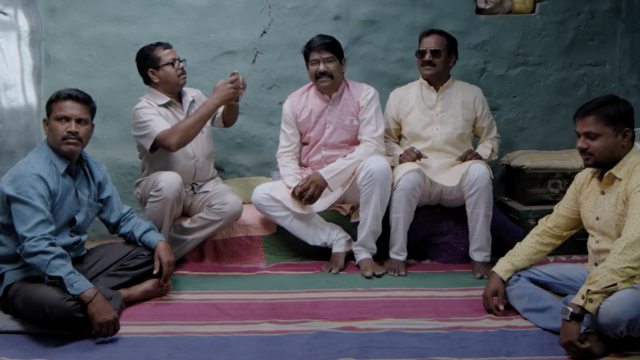 By Shubham Ghatge with 7.2

sotm
In the village of Kamleshwar, the Good Morning Squad has taken it upon themselves to ensure anyone who participates in open defecation is subjected to a fine. One morning, when Vitthalrao finds himself in the path of the Squad, he makes a run for it, to eventually be met with a very tragic end. This accident puts numerous elements into action, involving media, news anchors and their boisterous television shows, along with politicians.

Soon, Vitthalrao's surviving family, his son Balya and his wife, are roped into an overnight makeover of their house by the sarpanch Rambhau in preparation for the daura or visit of an important state minister. The plot comes into its own adroitly employing satire and dramedy to share a story of personal motives, the sham of sympathy, the indifference to a family's misery and struggles, and the various aspects tied with a sense of frivolity that only serves to echo 'Daura''s intentions loud and clear.

The film does a seamless job of playing on the absurdity and ridiculousness of it all, marked by engaging storytelling and tonality throughout. The final result succeeds in delivering its message in an emphatic manner, allowing the narrative to be a composite, balanced whole.
Read Less