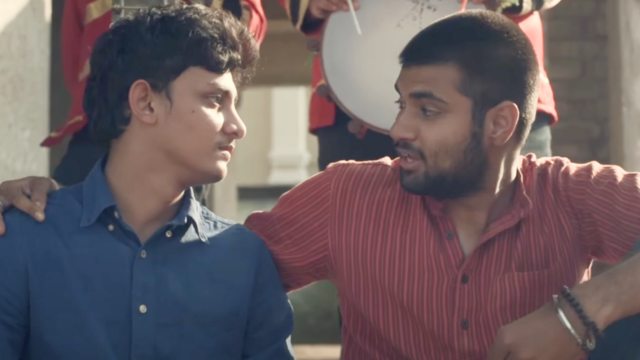 Short Film of the Month September 2022

By Aditya Khanna with 7.2

sotmsoty 22 finalist
In an interesting subversion of order, the short film presents to us the experience of an upper caste boy who is constantly bullied and ridiculed by members of a lower caste. The latter, complete with drums and fanfare, leave no stone unturned in tormenting their victim, ensuring to drive immense laughter and malicious entertainment out of it.

The weaving of these events is done in a competent manner, ensuring that the story communicates all its intentions with force and impact. The performances and the chemistry of actors, the well-developed equation of the protagonist and the antagonist, all aid the said intentions.

Without explicitly saying so, the film offers a crucial comment on the oppressive caste structures that operate within society, while also tying it with a sense of male machismo that can acquire overwhelming proportions of its own. The final result, thus, becomes a relevant story, one that should surely be interacted and engaged with.
Read Less