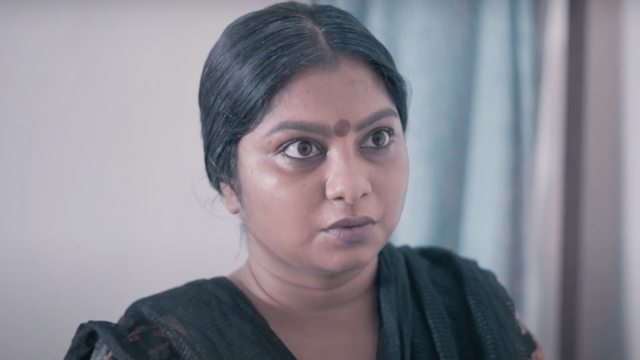 A Tale of an Onion Witch

By Piyush Srivastava with 7.1

Spread over dual chapters, with perhaps also the promise of subsequent parts, 'A Tale of an Onion Witch' presents a sinister story of constant requests for onions. You read that right, but how can something as inane as onions be the primary concern of a horror story, you ask? Well, that's indeed what the film answers for you. The question you should be asking instead is that when a young woman or a little girl comes knocking at your door in the darkness of the night, asking for some onions, would you answer?

Throughout the duration of the film, there is an instinctive desire to keep checking over one's shoulder for any unusual movements, to always be wary of sounds outside the door, and that is precisely what concretises the success of this horror story; more so in the first part than the second. This is not to say that the latter is any less worthy of the points it scores, but that the former does a more notable job of establishing its premise.

The first part uses jump scares, but judiciously. The camera employs tight close-ups, hiding more than it reveals which further adds an elemental tension to the film. There is an old woman, with explicitly pronounced dark circles, and a contemporary witch with long hair and dirt-coloured nails. However, it is not difficult to overlook the absence of subtleties simply because of the manner in which the narrative hooks you to it, especially owing to its smooth edit. Terrified you may be, but can you dare to look away?

As you struggle to answer this question, time moves forth and we are presented with the subsequent chapter. A newly married, unsuspecting couple runs into a woman who shares the same name as the key player of the horrible events that had unfolded in the previous part - Mangla. However, unlike her namesake, she is minus the ravages of old age or the aforementioned dark circles.

The narrative, once again, ropes in unexpected characters and elements to conjure an atmosphere of chills and eeriness, this time marked by a tighter, smoother control on its visuals, and more pronounced humor. The cast now also includes a little girl forming an unmissable and disturbing presence at the heart of all the action that was previously orchestrated entirely by adults. There is violence, blood and once again the question that holds immense power over the fate of the hapless characters - would they open the door when an innocent voice asks for some good, old onions?
Read Less