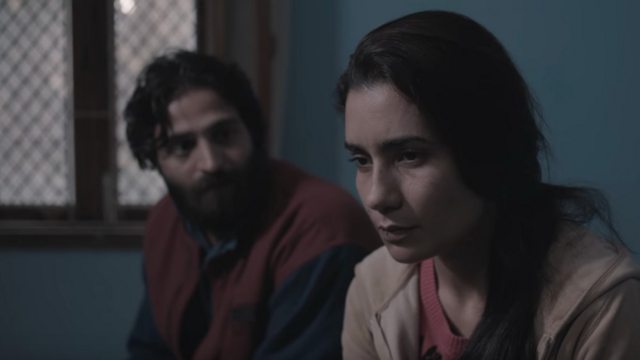 The film begins with a black screen and the sound of a bicycle bell and a man catcalling are heard in the background. It is the sound of every terrified memory of making one’s way through the dark of the night for most girls in India. Even before the visual of the man stalking the woman on his bicycle is shown, the viewers are immersed in the tension of the moment.

The film refuses to force its messages down its audiences’ throat, relying instead on the truth of the reality it depicts to resonate and shine through despite, or perhaps because, of the subtle manner in which it is depicted.

Soni follows the lives of two police officers – the titular Soni (Geetika Vidya Ohlyan), and senior superintendent Kalpana (Saloni Batra), as they struggle with hardships, dirty politics, sexism and blatant discrimination in their personal and professional lives. They work tirelessly to make the streets safer for women, but emerging victorious in the battles of their own lives seems impossible.

It doesn’t matter that Kalpana is a smart, successful superintendent – at home she is still constantly reprimanded by her mother-in-law for not having a child, accused by her husband of being too “weak” to be a good police officer, and her strong-willed, independent nature blamed by family members on her being “a Capricorn”. It doesn’t matter that Soni is a moralistic vigilante who is good at her job – her aggression and violent tendencies don’t fit the image of a policewoman, and her strong morals don’t fit in a field simmering in corruption. She is eventually confined by her male superiors to the control room.

It’s interesting to watch Kalpana’s juniors address her as “Sir ji” – a term commonly used to address male superiors. The term being gender-neutral is a positive concept, but one cannot still overlook the inherent sexism in a woman’s superiority being acknowledged through male terminology.

However, there is no attempt in Soni to grab its audience’s attention through a crime or mystery to be solved as the central thread running through the film, with the women’s lives playing out merely in the background. This is precisely why it does not fit neatly into the genre of a “crime drama”. The operations their force is working on and the crimes they deal with are never explored in great detail. Instead, the narrative, through its unhurried pace, long single-take scenes, and empathetic lens, closely follows the two women – their daily routines, every angered expression, every defeated sigh, every defiant turn of the head - both in and out of their uniforms.

The film refuses to indulge in a flashy story to convey its intent, reasserting that its messages are honest and important enough for the film to lean solely on them.

The film then, is not one for a society trained to crave instant gratification, quantity over quality, and mindless entertainment. It does not entertain the “art of tension” as Hannah Gadsby calls the process of building tension and providing the audience with a release. It constantly builds tension, with every violent outburst Soni has or every tense conversation between Kalpana and her husband, but provides no release. There is no moment of catharsis for the audience, because there is no such moment for either the two women on screen, or the ones that they come to represent in the narrative.