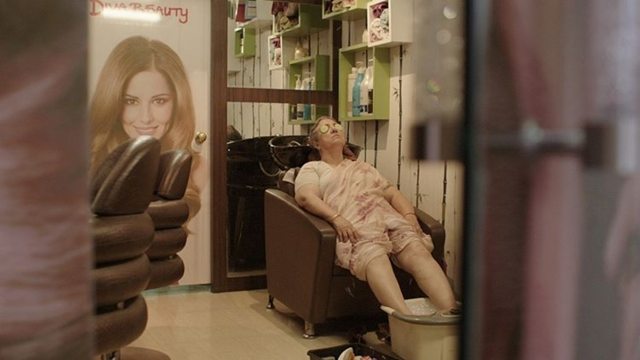 There has been a recent surge in mainstream films set in small cities of Northern India. However, in ‘Bareilly ki Barfi’ (an otherwise good film), when Kriti Sanon smokes a cigarette sitting on her rooftop with her father, she does not have to think log kya kahenge?. Most of these films do not tackle the actual hardships of living in these cities. The burden of living in a society where it dictates your personal life to the point of absurdity is perhaps not a suitable topic for entertaining cinema.

Kislay’s ‘Aise Hee’ has proven it can be done. It is a film about an elderly woman in Allahabad (later Prayagraj) who, after the death of her husband, begins to live her life on her own terms. The husband, however, is a looming shadow in the film, his absence the driving force.

Little scenes in the first act brilliantly build this up. Earlier on, we see her younger family members scrounging for colourful sarees in her wardrobe that she would no longer need. Her son and daughter-in-law diligently plan to give her room on rent for extra money. The locals respect her for being a lawful wife, and by extension, expect her to be the perfect widow.

When she breaks away from the norm, society is not ready to handle it. Until then, perhaps her presence was little more than a venerated idol in the house. Stones don’t require people to change their lives for them. Kislay’s brilliant screenplay follows her journey in every aspect - in its pacing, its momentum and its interaction with side plots.

The film is more than her story. It slowly, but surely develops into a competent social and political commentary, and a story of a middle class family struggling to keep their lives functional. Her son, brilliantly portrayed by Harish Khanna, struggles with the uncertainty of contractual government jobs. When we see him burst out in anger at his family, we see his frustrations. It is apparent that his professional life is confined to being a yes man to a boss who couldn’t care less, trying to find work in an industry he clearly cannot understand.

Another brilliant moment comes in the character sketch of his wife, she finds her kitchen in disarray, only to see her apathetic daughter coming in and nonchalantly contributing to the mess. She bursts out in tears as she cleans it.

A strong subsidiary plot is set in the backdrop of radicalisation of youth as Allahabad becomes Prayagraj. ‘Aise Hee’ is able to comment on class relations, religious tension and misogyny in a multi-layered narrative that is ultimately the struggle of a family to keep itself together in a disintegrating society.

All characters fall victim to their circumstances in their own way. Kislay compounds it with collages of their real pictures from a life of ‘innocence’ as he completes their character sketches while Schubert’s C minor symphony plays in the background.

The filmmaking is relentless, unnerving, yet intimate. The camera understands its characters, and never judges. There are no clear blacks and whites in their bleak world. In a sense what we do not see in the film is worse. Kislay has presented a world at the brink of a fallout, desperately clutching to itself. When we look back, the comedy of errors seems less comic and more ominous with regards to what is to come. It is the story of a degenerating society that might just crumble, where nothing can be done ‘aise hi’. Well-meaning things have dark repercussions, and the individual is never free from the dehumanizing grasp of society.