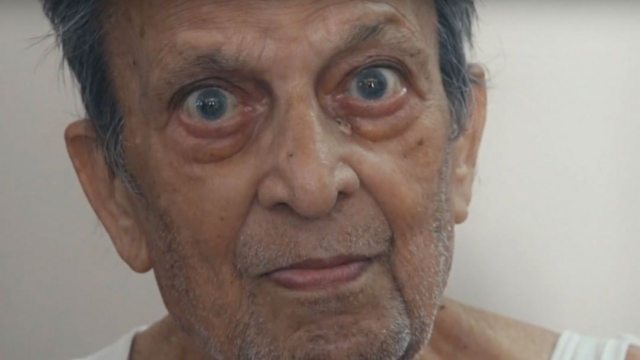 By Archana Atul Phadke with 7.7

About Love, the latter of the two, is a sincerely heartwarming film that flows like a breeze from start to finish. There is never a dull moment in a narrative that captures a regular Marathi Brahmin family in their daily lives. Director Archana Phadke has documented her family in the lead up to her brother's wedding, trying to explore love in its mundane, overlooked, day-to-day form.

Love in a family is often never expressed through words, but conveyed through actions. The mother takes care of the father's eccentricities. The grandmother, who has been married to her husband for decades, quips that she follows him around all day for the 'sake of humanity'. The grandchildren irritate the grandfather for fun, but also take care of his medicines.

The film documents a family which is dysfunctional, but bound together in a sort of permanence that only a family allows. Couples firmly believe in "until death do us part". While siblings banter, the grandparents hurl abuses at each other constantly.

Through all the nagging, bickering and dad-jokes that land extremely well, a story about love is documented through the eyes of the director.

Phadke has a background in filmmaking which is probably why she chose the medium for its intimate nature. Her filmmaking abilities keep this film smooth, with well-framed shots and the house taking up a life of itself.The residence has been around since 1901, we are told. A shot composed of the grandmother, mother and the director herself with the camera standing on three different floors, one above the other, conveys that the story is not simply confined to a single generation.

The film is at its most subtle and mesmerising when it draws the character portraits of the mother and the grandmother. The mother wears a smile on her face and lifts the house on her shoulders. She yearns for two things - peace of mind and to be able to write, both of which continue to evade her. She longs for comfort and recognition as she reads excerpts from her stories, always willing to explain her motifs and themes. She plans to write about love, about 'two women separated by time' and comments on the nature of the relationship of Radha and Krishna.

The grandmother is from a different time. As she grows old, she becomes one with the house, alone in a structure too big for her. She clings to memories from her past as her children and grandchildren grow up and move on.

There is a discussion on misogyny to be had, and the nature of love that women learn to give in to marriage. Both the women form a real life tragedy that everyone is familiar with, all the while maintaining the beauty of everyday relatability and light-heartedness. With its jovial quips as well as deep conversations, About Love becomes a film that stays and deeply affects the viewer.