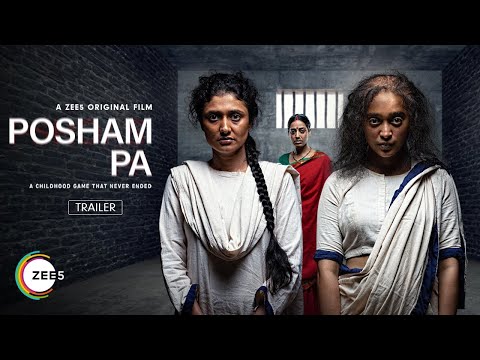 The film is based on a true story of the first two Indian women to be awarded capital punishment for a series of murders. Posham Pa boasts of names like Mahie Gill, Sayani Gupta and Ragini Khanna as its cast and follows the story of the women who count their days while incarcerated.

The psychological thriller promises to be an exploration of a mother's relationship with her children as it takes the viewer into the events which led the convicts to get imprisoned, and what followed thereafter. Borrowing the name from a children's rhyme, the trailer disconcerts the viewer further by offering contrasting images of light and dark, past and present, as if to further accentuate its title. There is also a suggestion that the debate between right and wrong will come to form a significant part of the narrative.