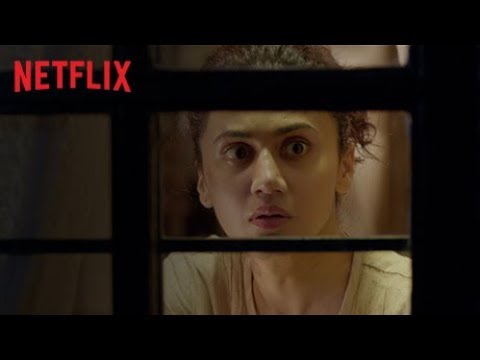 By Netflix India with 7

Netflix has established itself as a leading content creator in India, and this has a lot to do with the brilliance of their content. Unfortunately the same cannot always be said about their trailers. This particular trailer of a Tapsee Pannu film promises a lot to the viewer at the start, but somehow ends up being repetitive by the end of it.

Game Over is a thriller about a girl living alone and trying to fight her worst fears, but the trailer does not leave you with much other than jump scares, under-utilisation of Pannu's acting skills and similar situations being performed over and over again. Since the film has names like Anurag Kashyap and Pannu herself behind it, one can still hope for a good product. The trailer, however, does not align with the same expectations.