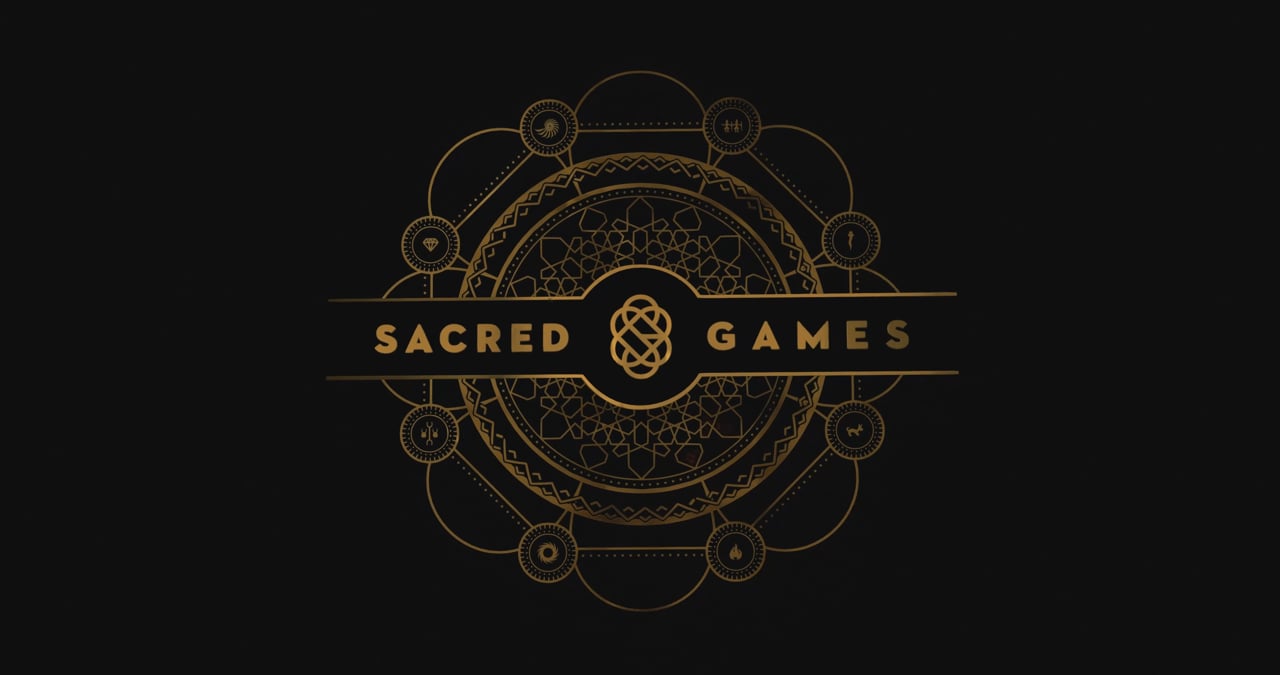 The Sacred Games opening title sequence is the most elegant weaving together of history, mandalas, religious imagery - three components that would come to form intrinsic parts of the show.

It's apparent that the creators wanted to invoke a sense of a religious group, to set the premise of the show, one of a cult, against which the drama of the entire series will play out. However, at the same time, they have shied away from associating the images and symbols with one particular religion. To achieve the same, they have used mandala art (borrowed from a recent trip of the creators to Leh) set against the tune of incoherent words of a song that promises to linger long and true after you are done listening to it. Mandalas would eventually come to become integral to the show's design as well as the plot. Each episode opens with a title and its symbol. All of these symbols were created individually for them and would form their own eight individual mandalas which together form the logo of the show and the main, central mandala of the opening sequence. In the second seasons, these symbols were swapped for the newer symbols and titles of the eight new episodes.
Read Less