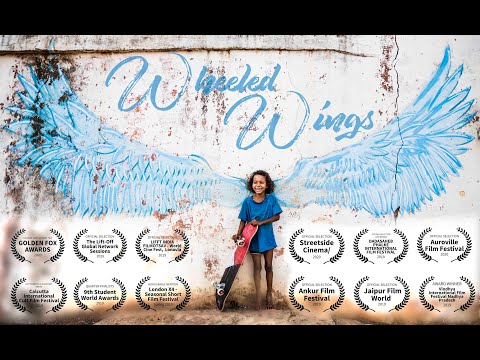 Janwaar, a village that could perhaps serve as a microcosm of rural India in several ways, is one which has found itself falling prey to deep-rooted casteism. In such a scenario, it was education of the young minds that became an efficient tool to fight this particular form of oppression. The documentary delves into a community where the Yadavs and the Adivasis are divided by a deep chasm of untouchability, discrimination, and the desire of the powerful to allow no change in the lot of the oppressed, thereby continuing to maintain the status quo.

The narrative follows the activities of a German woman, Ulrike Reinhard, and her attempts to empower the children of the village with education. Her approach for the same is a unique one - it involves skateboarding. This allows the film to unearth a moving story of small victories even in the face of all obstacles, while allowing the viewer a glimpse into a uniquely endearing cultural nexus.
Read Less