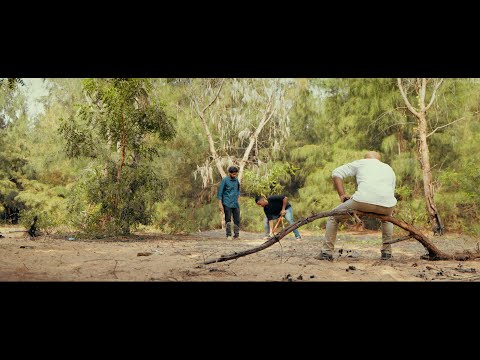 The first instance that the viewer encounters in the film is a harmless situation of a mother nagging her son to be more responsible. So far, so good, right? Wrong for this, in no way, prepares you for what is to come, and when it finally does, it takes a moment to realise what truly hit you.

The narrative is conceived beautifully, making its writing the most notable aspect of the film, with the visuals at a close second. Before you know it, our two characters have found themselves in a deep mess with little to no escape possible. Moments of humour are tied with elements of crime and drama seamlessly to ensure that you remain at the edge of your seat throughout, completely blindsided by the events that will continue to unfold.

There indeed is no rest for the wicked as we learn from the misfortunes of our characters who take us along on this bumpy ride of unexpected violence, the consequent panic and the desperate attempts to find a way out of it. As broken glass bottles become their biggest foe, leading them to terrifying situations, the film covers a long distance between its opening and closing visuals, keeping you involved the whole time.
Read Less