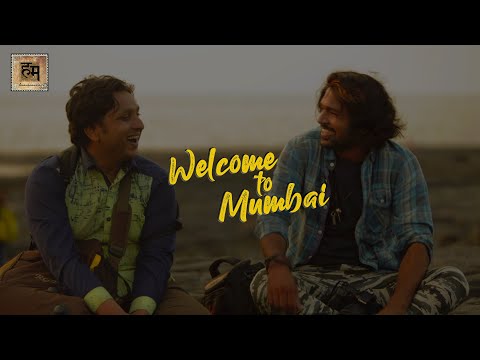 By Abhijeet Kamble with 6.8

Several stories in media and cinema have endeavored to portray Mumbai and everything that it harbors within its many folds. Welcome to Mumbai is one such attempt that makes a protagonist out of the city itself when it's viewed from the point of view of an outsider. The duration of the film, at the same time, becomes the trajectory of his journey from being an outsider to one of Mumbai's own.

Lallan, a wide-eyed, gullible man from Uttar Pradesh, finds himself making his way into the city of dreams. On his first day itself, he is delegated an important errand, one that also gives us the MacGuffin of the plot - a bag that has to be delivered to someone seemingly important. When Lallan arrives to deliver the parcel, a delay causes him to wander around to kill time, and thus begins a set of misadventures he is not prepared for.

As the narrative moves back and forth and shares his experiences of the day, it invokes all the quintessential elements of the city - from local trains to free advice from strangers to a rocky seaside to the infamous lack of time and its constant mention in conversations. However, naive, unsuspecting Lallan, who has just begun to step out of his native state, finds himself on terribly shaky grounds. As his innocence soon turns to paranoia and cynicism, the film finally reveals its cards, but will the revelation be for better or worse?
Read Less