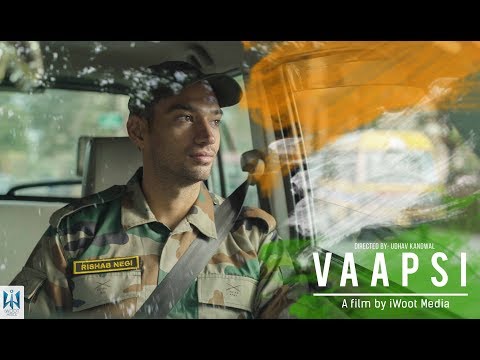 By Udhav Kandwal with 6.8

Vaapsi is a glimpse into a father-son conversation as they go about discussing mundane affairs that constitute life; from his son's love life to his affinity for alcohol to a goodbye that the two share as the young lieutenant returns to his duties as an Indian Army officer.

On their way to the Dehradun train station, the two talk about their shared past and the future, perhaps all the while attempting to take their attention away from the imminent goodbye. Some goodbyes are harder than others and the short film attempts to capture the essence of one such parting that is made bearable only by the promise of a reunion.
Read Less