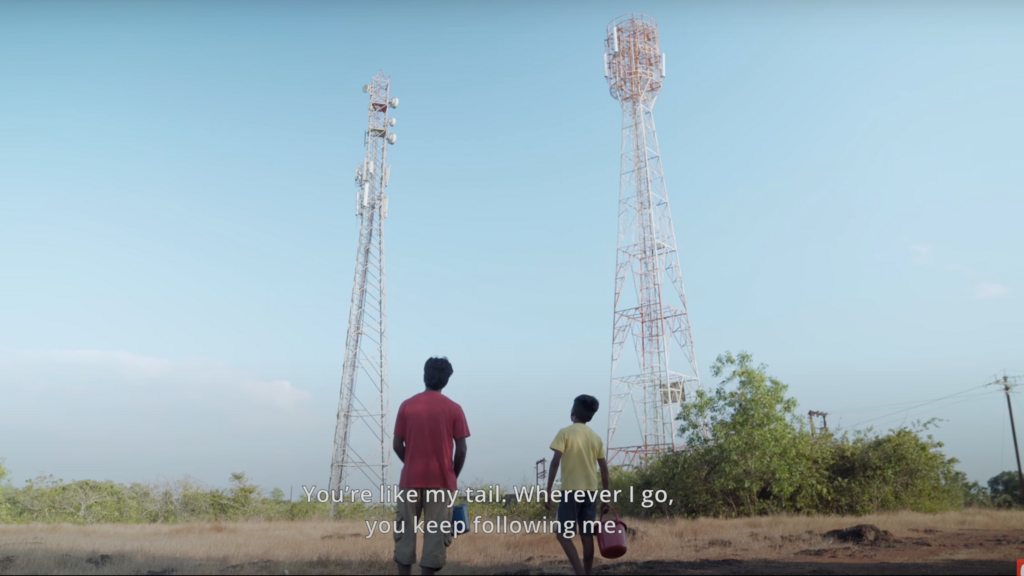 By Sanket Angane with 7.4

sotysoty 21 finalistsotm
The biggest strength of Tower lies in the approach and tonality it adopts to share its narrative. The narrative itself, it should be noted, offers an impactful conversation around a serious environmental concern, using a very unlikely circumstance - the love story of a cow-herder in a corner of rural India.

While we may have established the protagonist's location to be a 'rural corner', thanks to the rampant spread of technological advances, even this small village is seeing its fair share of change in the form of cellular services and their accompanying towers.

Parshuram, or as he is better known in his village, Phalya,  spends the majority of his time either in the fields with his young friend, Jaygya (a naughty, Tinkerbell-esque presence), or navigating and admiring the beauty of birds in his vicinity. Every morning, as Phalya strolls through the expanse, a red bus stops to reveal to the audience his childhood crush, Manju, sitting by the window. Alongside Phalya and Manju's love story, another narrative is developing, one about the disappearance of birds from the former's village.

After conversing for hours on phone calls, the two eventually decide to meet. Following the rendezvous and a conversation about Manju's academic matters, a startling and concerning revelation is made. As the protagonist decides to eradicate the root cause of the dwindling bird population, the constant push and pull between nature and technology is conjured for the viewer. In the process, the film raises a resounding question - has centuries of co-existence been disrupted beyond repair by the advent of modern technology and  human activities? At the end of it all, the many elements of the plot are eventually tied together with a strangely heartwarming and uplifting message that ensures that the story concludes with an important comment about the responsibility of each of us towards the world we live in, a statement that will stay with you long after you're done watching the film.
Read Less