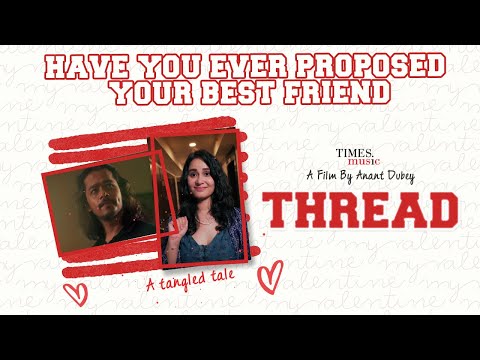 By Raghav Diwan with 7

The opening music offers a sweet vibe. A friendly looking, young man, confesses his love to the camera. He is rehearsing a proposal for his childhood best friend. Reading from his notes, and breaking into smiles for the camera, he is rehearsing his sincerity. The music soon becomes delightful, conveying his confidence that the girl he’s in love with, his best friend, is going to say ‘yes’!

But the film is sub-titled 'a tangled tale' for a reason. The screenplay deftly picks up words, image and memory of one (the boy), and connects them with the other (the girl), like a thread, tying one end with the other. However, the more the episodes collate, the more knots the thread gets entangled in. Relationships are complex. Matters of the heart are not easy.

But the film tries to tread these arduous paths softly, delicately and with hope; just as the path to love is supposed to be. Take a leap of faith, a sweet surprise awaits you!