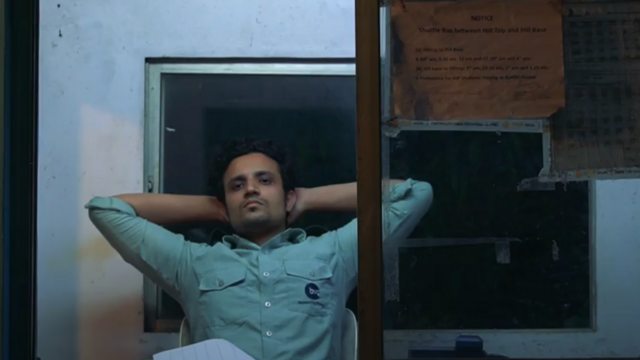 By Sridhar Bendi with 6.7

It is comforting to see narratives that simply deal with a single moment of kinship that is sometimes found in unexpected corners. In the same vein, the moment which the film chooses as its preoccupation, and thus, which eventually marks the progression of the plot, is simply about a pair of unlikely characters sharing a drink with each other. As they find a space of familiarity, and perhaps, even warmth and friendship, the narrative further comes to be marked by instances of humour, a suggestion of isolation that often plagues existence in the urban space, also the starting point of pursuits of economic and social mobility, and an overlap between two disparate classes.

The opening scene is where the film could have fared slightly better, especially in terms of sound. On the whole, however, it exhibits a sincerity of storytelling and the desire to invoke a moment of companionship in an unanticipated manner.
Read Less