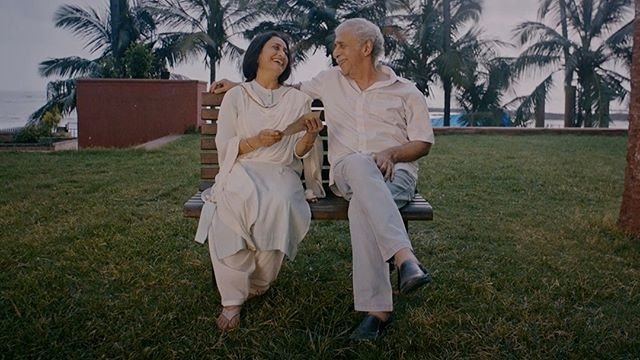 By Saumitra Singh with 7

There is something deeply beautiful about love stories where the biggest obstacle, among other things, is time. The climax involves a heartwarming union after this particular enemy is vanquished. The Wallet is a narrative that deals with battling the same nemesis.

It boasts of a strong cast of Naseeruddin Shah and Navni Parihar, both of whom offer wonderfully convincing performances. The story in itself, though not entirely unique, is a potentially poignant one. However, where it fails is allowing itself enough time to come to a boil. The movement from one point to another is achieved, but not allowed the pace it deserves. Another aspect which works in films of this kind is silence. The extent to which silence could have been used to enrich the narrative remains under-utilised, especially in the union scene of the star-crossed lovers. On the brighter side, everything else in the film requires little to no improvement, which is what makes The Wallet worth a watch.
Read Less