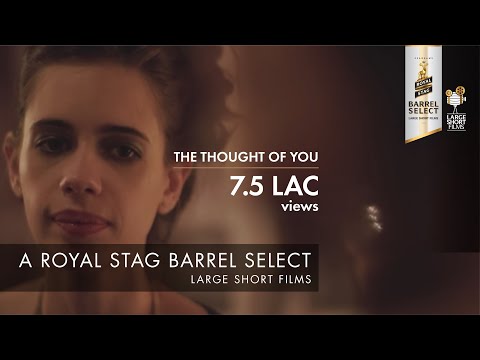 The Thought of You

How far are you willing to go to punish someone for infidelity? Would you go down the road of vengeance to never return or would you drive away to indifference, and move on?

The short film raises these questions with notable performances by Kalki Koechlin and Monica Sharma Dogra, but at the heart of it lies a much darker reality. Along with an engaging climax, the film also offers a deep comment on gender roles. When Kalki's character accuses her husband of cheating on her, he dismisses it as being thoughts of an imbecile, "a fifth grader". The narrative also invests its energy in portraying her as a woman struggling with potentially neurotic behaviour. The fact that despite his cheating, he confidently writes her off could perhaps suggest that her psychosis was a result of his behavioural patterns. Maybe when she accused him of cheating only after a seemingly inane encounter, her anger and distrust came with a massive baggage of a past where he had constantly denied her narrative, making her question her own reality. Would it be too far to suggest that, like as is true of many heteronormative romantic equations, there was an element of gaslighting involved in this equation? If indeed yes, the ending would leave the viewer with a sense of closure. What happens when she has had enough of the same dysfunctional, toxic, soul-sapping relationship? The short film has a satisfying answer.
Read Less