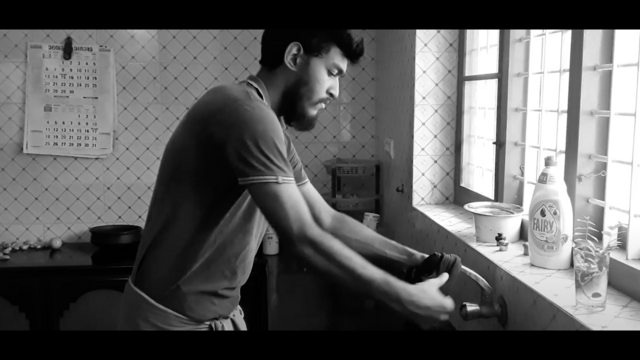 By Kelwin Simon with 6

The film opens with visuals of gasoline and car fuel, followed by machines which run on these power-generating resources. It then cuts to a groaning and leaking water tap which irritates the resident of the house. He makes several attempts to fix the noise - tightening the nob, holding the opening against his palm and so on. Ultimately, he takes a thick cleaning cloth and wraps it around the nozzle.

Soon enough, the sound dims, but it is the final instalment of a tight rope that finally shuts off the noise completely. The film, which operates within the space of symbolism and metaphors, perhaps hints at never giving up and solving matters on your own by portraying this progression of events for the viewer.
Read Less