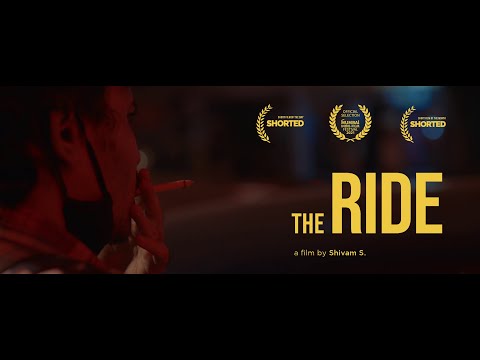 sotm
The film is rightly titled The Ride for what a ride it is! Essentially, the premise is defined by the collision of two unlikely strangers shooting an Instagram Reel. However, within it rest several thematic concerns that bring to life a conflict between passion and practical, professional demands. It invokes the idea of virality, something that has given rise to a new currency in the contemporary world. If you do manage to accumulate a significant amount of the same, irrespective of your disdain for the medium, an important realization awaits you - that you are not as impervious to its charms as you thought.

The film begins with a ride that Arjun is sharing with his colleague, one who is about to break to him a bitter news - he has been fired from his job from their agency due to his inability to deliver Reel videos according to the client's wishes. And yet, at the heels of all the despair, a pivotal development follows.

Leaving this world of advertising and corporate control behind in his colleague's car, Arjun now steps into the colorful shadows of an auto whose shimmer refuses to be dulled (even in the face of Arjun's explicit request to turn off the glaring light). This marks the protagonist's journey away from his comfort zone of order and fixed ideas about creativity. It is what lies on the other side of this experience that conveys the film's core message, tying all of the aforementioned thematic concerns with an uplifting sense of hope.
Read Less