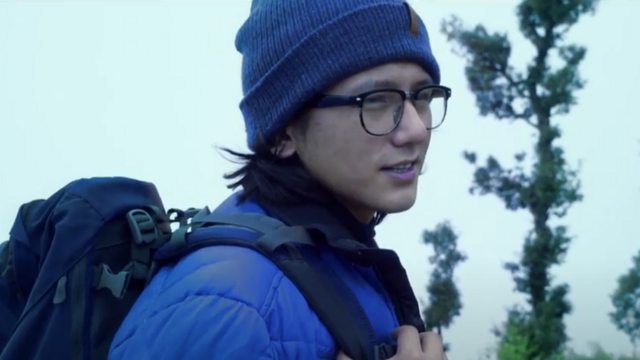 A hiking and camping enthusiast, known throughout the film as the Pilgrim, leaves his humble abode in the serene, milky depths of hills in search of the answer to an important question. In his journey to the Kumbh mela, he is joined by a chance companion he finds en route.

As they converse, we learn about a life of alcoholism, the road to sobriety, trysts with meditation and the sum total of all of these events in the form of the protagonist's current existence. The ensuing unsaid understanding and companionship between the two promises a newer perspective of the world and acts as an unconscious guide in the protagonist's endeavor to achieve the answer he seeks.

Despite the constantly changing physical backdrops, the final result of the short film essentially becomes a series of conversations - between two people, another with the character and the self, and lastly, one between the narrative and the viewer. There is the desire and attempt to engage with philosophical underpinnings, questions which are raised by the protagonist himself for the audience's benefit. There is sincerity as well in interacting with all of these concerns. The narrative comes across more as the first steps, albeit taken in the right direction, at the start of their journey in the current moment and in its present form. It is undoubtedly a welcome prospect to have further explorations of the thematic concerns dealt with in The Pilgrim in future projects by the team.
Read Less