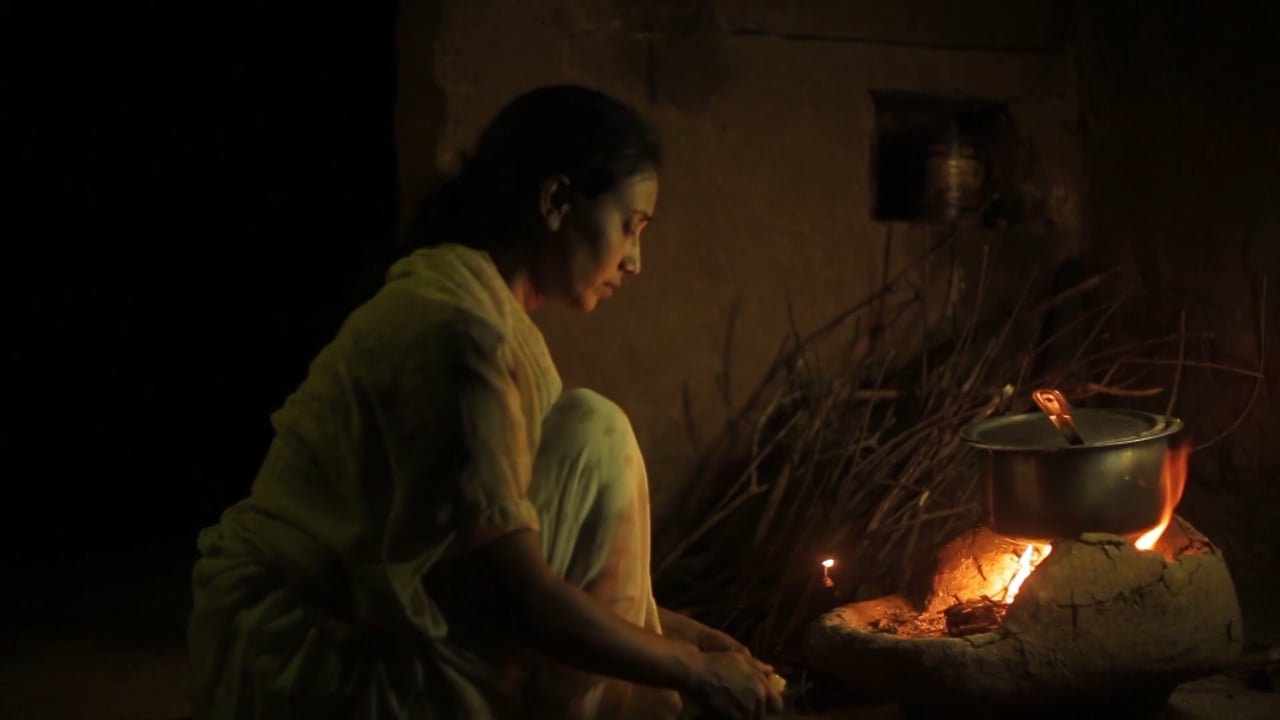 By Vibha Kulkarni with 6.5

On the edge of a huge marshy land, three young boys are playing the game of cricket with a hard rubber ball and a twisted tree branch for a bat. While they seem to be enjoying the game, the tense, continuous ‘ring’ in the background sets up a somber and suspenseful mood. The two older boys, Amol and Bittu, pick on Anshu by tossing the ball in far off places, perhaps in an attempt to get rid of him.

As the innocent boy trails into the tall grass to find the ball, the film cuts to his home where his widowed mother is putting together rice on a wooden chulha. She asks Amol, who is engrossed in a toy, about his younger brother’s whereabouts and after receiving no concrete reply, steps out with a lamp.

Concerned and scared, she looks for her boy in the pitch-dark woods accompanied with an unsettling chirping of crickets. During the search, she comes across mysterious, strange incidents - a religious sacrifice, an accident, a loss; narrating a deeper story than intended. Inspired by true events, the film appeals to the protectiveness and love of parents, and how more often than not, as kids, we fail to acknowledge and appreciate them for their efforts.
Read Less