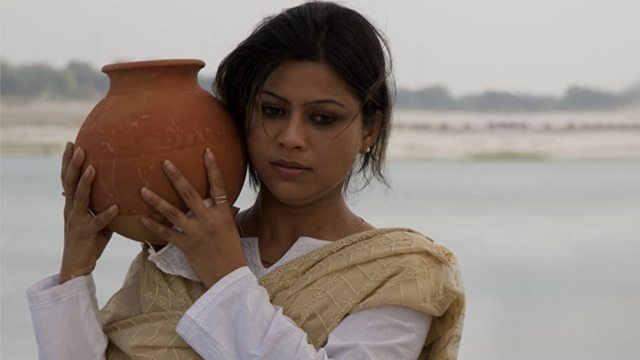 By Aastha Verma with 6.9

Indian customs are often deeply-rooted in patriarchal traditions of an age long gone by. Problematic at their core, they are also employed by men to deprive women of agency and the ability to take their own decisions, or even perform important actions, as is true in the case of our protagonist.

A woman who had left her hometown of Varanasi to move to London, returns for the last rites of her beloved grandmother. Even though the women of the household welcome her back, the patriarch of the family, an uncle, blocks her way at every step. After a refusal to be allowed to perform the final duties for her grandmother, she takes it upon herself to make him see the folly of his ways.

It is through her attempts to keep pushing, even in the face of all opposition by the men who remain custodians of power that they not only want to assert, but also maintain in a patriarchal society, that the film presents its intentions to the viewer. The arguments it makes, eventually adopting a notable poetic voice for the same, are pertinent. However, the narrative could have gained from a little more ease, effortlessness in its development. It chooses strong actors, but deprives them of an organic pace for the story.
Read Less