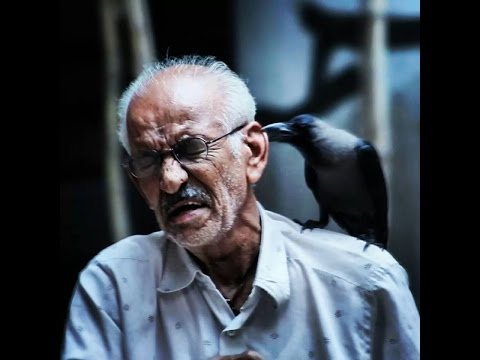 By Pratik Shetty with 6.9

The short film gives a glimpse into the life of Trikamji Thakkar, aka the Crowman of Mumbai. It introduces the viewer to a man's unwavering devotion to feeding crows. They might sit on his head or peck at him, but his love for them remains unchanged. In The Crowman, directed by Pratik Shetty, Thakkar reveals that he has often run into trouble with the city's Municipal Corporation. But when the officials saw there was no stopping him and that he was not harming the city in anyway, they let him be. He spends fifteen to twenty thousand rupees per month on feeding them. There's no regret or remorse when he affirms this to the camera.

The Crowman is put together by elegant shots placed one after the other. And if that is not enough for a short film to be a good product of art, there's its protagonist and the beauty of the character and the story he brings to the screen.
Read Less