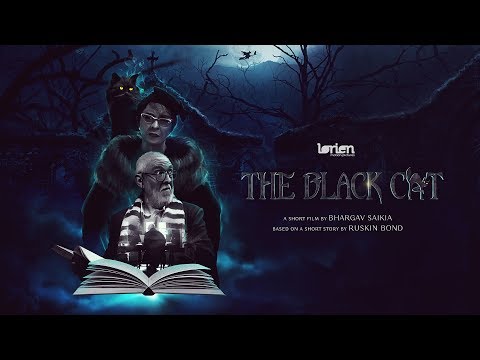 By Bhargav Saikia with 7.6

soty finalist
Based on a short story by Ruskin Bond, The Black Cat by Bhargav Saikia portrays an interesting turn of events starting from a day in Bond's life. Played by Tom Alter, Bond comes in possession of a broomstick which is soon accompanied by a black cat turning up at his doorstep. His misadventures with the kitty keep the audience involved, while also invoking a sense of sympathy for the harried writer.

Soon after a Ms. Bellows follows, claiming the cat to be hers, and our protagonist is more than grateful to hand over the kitty to his unusual guest. The narrative offers interesting characters in the form of both Alter as Bond and Shernaz Patel as Ms. Bellows.

The beautiful camera angles lend an otherworldly quality to the film, equally supported by an eerie soundtrack. Along with Anglican influences in the form of costumes, language and the general lifestyle, The Black Cat also possesses an element of the supernatural, characteristic of much of Bond's writing. This is achieved by elegant special effects which, when coupled with a seamless edit and sophisticated visuals, make the film a thrilling watch.
Read Less