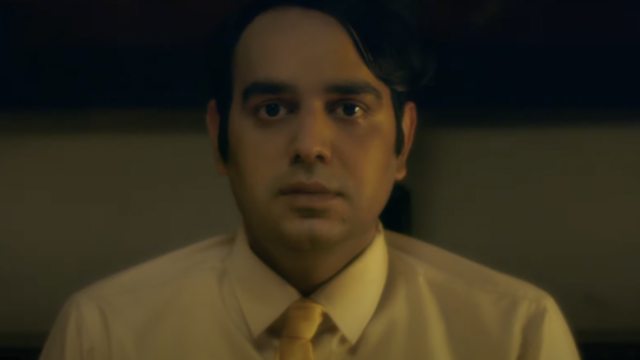 Thank You for Sharing

By Dynal Ferns with 7

The film is an unexpected, enjoyable and interesting union of lightheartedness, chirpiness, and something potentially disconcerting. Our first glimpse into its world is by way of a taxi ride that a man is part of. Even though we don't see a female presence next to him, we are soon told that a woman’s voice never leaves him alone.

Instructing him with bizarre ideas, resulting in even more absurd situations, sometimes at his own expense, and sometimes at the expense of those around him, she is Rudy's constant companion. Her voice soon becomes a lovely metaphor for perhaps any inhibitions or limitations that might exist in the viewer’s mind as well, keeping them from being all that they can be, or doing all that they want to, be it socializing or feeling comfortable in their own skin and bodies.

The film does a notable job of presenting all of these ideas to you without making itself overbearing or overwhelming. Its colors remain deliberately effervescent and fun, with the tone and approach matching the overall final result.
Read Less