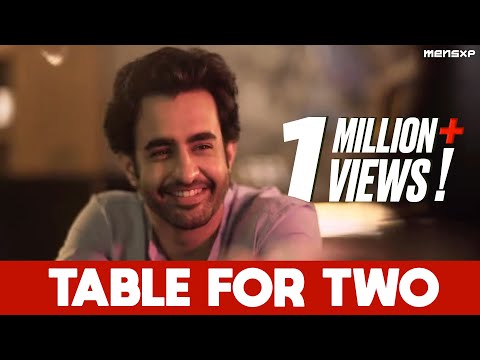 By Dipro Ghoshal with 7

This short film, another offering by MensXP's Love on the Rocks series, takes us into a night when a girl walks into a cafe that is closing. Taken by her charm, the owner doesn't turn her away. With all the staff gone, there's only him trying to single-handedly serve coffee, spaghetti, squeeze in some conversation with his restaurant guest, while occasionally breaking the fourth wall to address the audience.

Table for Two is a mellow short film with soulful music to match the vibe invoked by the story and its characters. While the protagonist initially comes across as pestering, is a change in his character trajectory possible?
Read Less