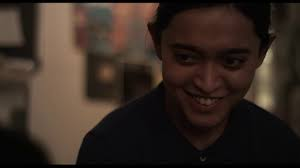 By Keith Gomes with 7

If there was only one thing that you had to know about this film, know that it's one of Sayani Gupta's best performances till date. Even if there's nothing else which you like about the film (highly unlikely), you still won't be disappointed.

The narrative, crafted intelligently, is of a delivery girl taking care of her unwell mother who's in the village. One day when she has had enough of the tantrums of a boy who has treated her rudely on multiple occasions, she attacks him and ties him to a chair, holding him captive in his own house. As the story progresses, it takes the viewer deeper into the struggles of the two protagonists. If it has taken the form of violence for one, it is expressed in the form of insecurities for the other. The film holds back no punches and delivers a satisfying and entertaining product.
Read Less