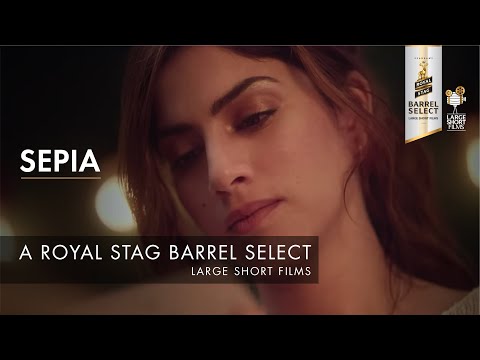 By Archit Kumar with 6.8

Starring Aparshakti Khurana and Sapna Pabbi, Sepia portrays how a couple navigates its way around the several complexities of a romantic relationship. The short film is the story of twenty-four hours in their life just a few months ahead of their marriage. While one of them is an actor, the other is a journalist who runs a digital platform about women empowerment.

Sepia opens with a scene of an important day for both of them as they negotiate important developments in their respective careers. When things don't go as planned, tensions that were simmering beneath an exterior of love and calmness, begin to surface. Situations continue to spiral out of control and the two begin to consider their decision to be together in the first place. As the title suggests, the narrative attempts to explore situations, emotions and relationship dynamics that cannot be categorised simply as being black or white. While the idea in itself is a powerful one, its exploration falls short somewhere. The visual narrative is not devoid of unmotivated shots and unconvincing scenes providing the viewer only with an underwhelming product.
Read Less