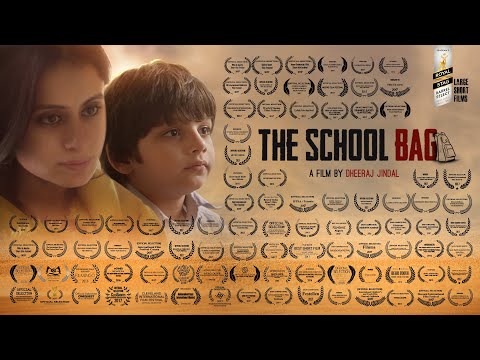 By Dheeraj Jindal with 7.3

Some of the most beautiful stories are the saddest and the short film goes ahead to prove that. School Bag, as the name suggests, revolves around one inane object that a seven-year-old child dearly desires as a birthday gift.

Of course his loving mother would try to ensure that he is the happiest boy on his birthday. However, at the heart of this unadulterated happiness, lies a deeply moving tragedy. Based on true events, the Peshawar school massacre that took place on 16th December 2014, the short film touches the right chord with the viewer without even remotely falling prey to sentimentalism. One of the major reasons for this is the effortlessly convincing performance by Rasika Dugal as a young mother, busying herself for her son's birthday preparations. The film also portrays that the victims of mindless violence and terrorism are not simply confined to a community, nationality or age group, and that pain cuts the same gash universally.
Read Less