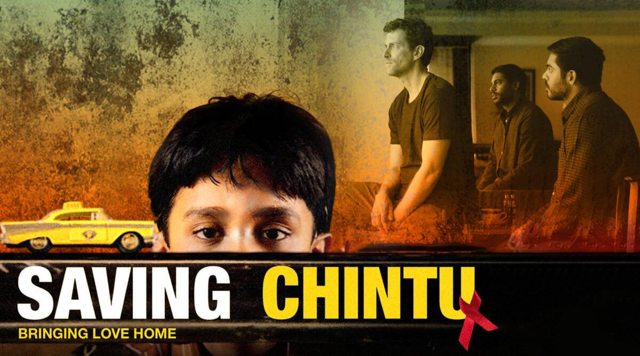 By Tushar Tyagi with 7

Saving Chintu is one of those films that you just want to wrap in a hug; the film too, in turn, is bound to leave you wrapped in the warmth of its inclusive embrace. It is a heart-warming exploration of love - both unconditional and conditional - between couples, friends, and a parent and their child.

There are two parallel stories, seemingly unrelated, that play out in the film. The first is of a middle- aged doctor who is, in every respect, the very definition of a gentleman and, in general, a good person. He runs a non-profit medical practice, gives up his seat on the bus to let a woman sit without demanding any gratitude in return, turns a table fan away from himself towards his sick patient and her mother, and is a loving husband looking to adopt a child with his wife – the sort of man that any Indian grandmother would approvingly say was “raised right”.

The second story follows a gay couple looking to adopt and raise a child of their own, with their heart set on a boy in India – Chintu. As we watch the couple struggle with emotional conflicts, cultural obstacles, and complexities that come with the adoption, and the doctor and his wife contemplate their own decisions regarding adopting a child, the two stories eventually collide and merge together in a manner that is largely predictable, but no less heartening and moving.

The film throws light on several important issues without ever exploiting them, or seeming preachy. The stories and emotions are honest and real, enhanced by the brilliant and raw performances by the film’s cast. It explores topics like HIV, discrimination and complications faced by the LGBTQ community, adoption, and what it means to be a family, with a tenderness, authenticity, and attention to detail that clearly reflects the effort put into research and how close these topics are to the filmmakers’ hearts.

Naming the young boy Chintu itself is fascinating; it signifies someone being small and vulnerable – someone in need of protection and saving. Being a common child's name in India, it also, perhaps, signifies a lack of identity – someone like a child in an orphanage who might not have formally been given a name.

Watching the protagonists interact with the abrupt, clearly orthodox officials at the orphanage is enough to unsettle you with disgust at the fact that most government institutions in India are, in fact, run by people like him. It is further accompanied by horror at the plight of the helpless children like Chintu who are dependent on them.

The film, at the end of the day, is more uplifting than it is upsetting. However, this doesn’t take away from the fact that Chintu indeed needs saving, and anyone, irrespective of their gender, race, caste, sexual identity or orientation, who is willing and able to provide this safety should be allowed the chance to take care of him. At its conclusion, more than simply being a heart-warming, emotional film, it is also a reminder of the harsh reality that Chintus everywhere must be waging a battle against.