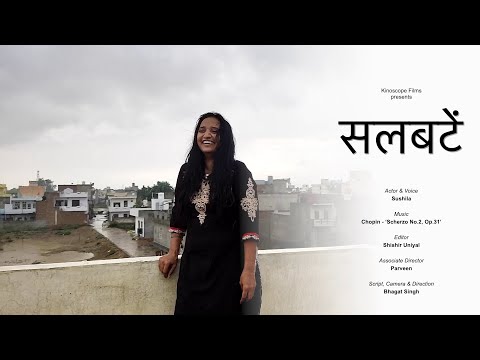 By Kinoscope Films with 6.8

It’s difficult to find a word in the English language which describes the occupation of the person we send our washed clothes to get ironed. The colloquial term is ‘press-wala/wali’. Salbatein is her story.

The film is a monologue that begins with her detailing the specifics of her life and work. What she says in the beginning feels a bit unnatural to the viewer, considering the insistence on the realist-genre by the film. But once one eases into the film, her words become a scathing critique of the iron-fisted patriarchal customs of Haryana. In a way then, the film takes the form of the practice of ironing where, as the creases are smoothened out, the cloth, and the thoughts begin to take shape.

The film is marked by a strong voiceover and performance of its only actor, along with notable writing. From the local, to the global, Salbatein outlines the stifling controls through which patriarchy has strategised to keep women away from a life of freedom and progress.