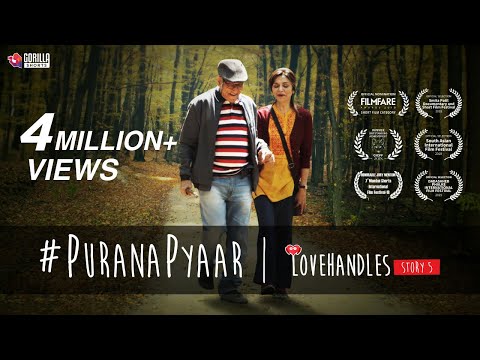 By Ambar Chakravarty with 7.3

Imagine a couple in love that has run away from their home and family. They find themselves in the hills because the man, who grew up there, wants to show his beloved all his childhood haunts. If your first instinct was to imagine a young couple dancing around trees, then this short film is for you.

It attempts to break the stereotype of love and relationships belonging only to a fixed age group by taking us into the lives of its protagonists, inhabitants of an old age home. As they traverse their memories of love, loss and childhood rivalries, there is perhaps one last battle to be won. Lillette Dubey is breathtaking in the film, supported by Mohan Agashe in the most endearing manner. Purana Pyaar also deserves praise for its writing and storytelling.
Read Less