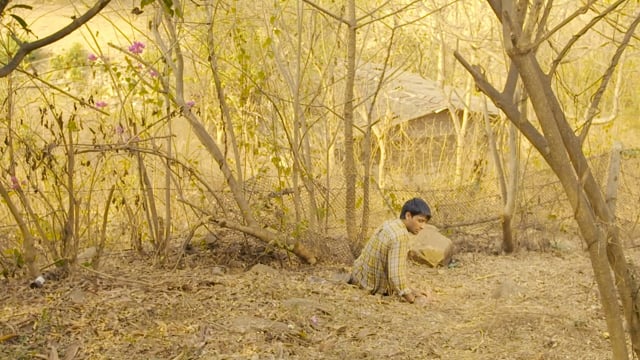 'Pravasi.jpeg' presents an overlap of two disparate elements - a man robbed of even the basic opportunity to reach home in time during the pandemic, and a young woman who is located within a space of privilege that remains unachievable for the man.

While the former has walked a long distance to complete his journey and reach home, the latter, a photographer has come seeking to capture some frames for her camera. As the two worlds collide, with their own limited understanding of the other, the narrative is formed.

There is further the attempt to rope in symbolism and a flight from the reality at hand to invoke a realm where an individual finds himself reduced to a prop of sorts, unable to actively participate in a narrative building he is now at the heart of. It would be interesting to see more engagement with similar thematic concerns by the team, albeit with tighter control on storytelling and execution of the plot.
Read Less