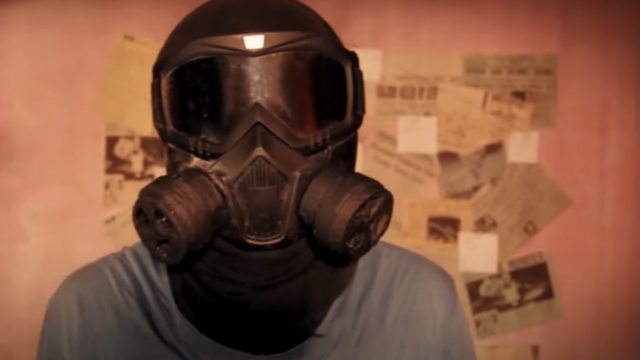 By Geet Theatre with 6.8

As the name suggests, Praleh takes the viewer into a post-apocalyptic world where a man wears a mask even inside a house as he tries to catch a glimpse of the world outside from a small window. The walls behind him are covered with newspaper cuttings of an atomic explosion, communicating to the viewer the reality the film is set in. The man lives by himself, trying to survive whichever way he can, at the same time, the viewer is also introduced to his life that once was.

It is evident that despite having survived the catastrophe, the protagonist is still within the clutches of his memories and past. And as if they were to take a corporeal form while visiting him, soon different characters begin arriving at his doorstep. The narrative enters the abstract space of metaphors and symbols to truly introduce us to the torment of the man, who may have outlived an apocalypse, but still has to overcome the several internal, emotional obstacles he battles within.