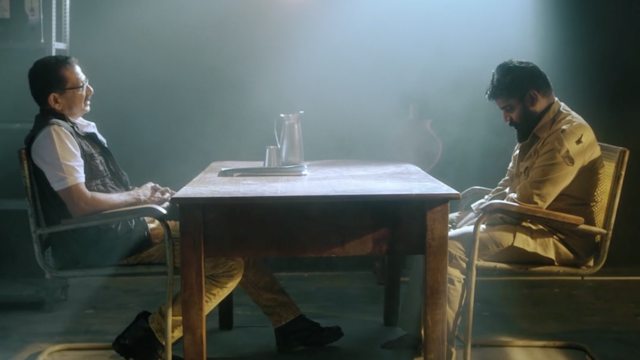 By Untitled Rhapsody with 6.9

The film exhibits efficient use of the same, limited space to convey emotions defined by thrill, horror and violence. The scene presented to us is of an interrogation. A senior forest official investigates a case where the main culprit, Raja, a bandit leader, was apprehended three months ago.

Soon after the arrest and taking Raja and his men into custody, however, some terrible developments came to be. It is simply by way of the conversation that follows between the two men that a sense of deep unease is created within the viewer, suggesting that a force more sinister than what you may have realized at first glance, plagues the world of the film.

The interrogation moves forth, as shadows continue to darken, threatening to overwhelm the characters before us. When the final revelation arrives, they have reached a point from where there is no turning back. It would be interesting to see subsequent parts of the story, or a longer project based on the same premise that would allow it to develop to its full potential.
Read Less