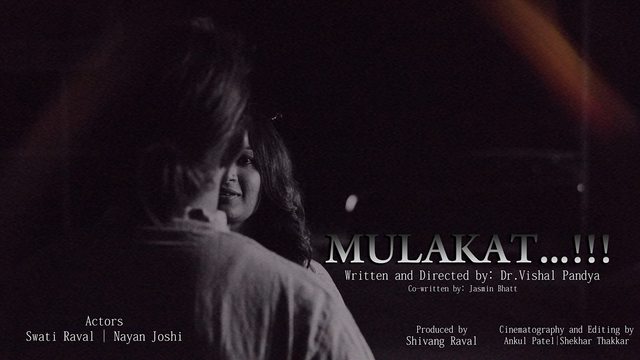 By Vishal Pandya with 6.6

A woman finds herself stranded at a desolate bus stop at a late hour. As she tries to get away from the strange men prowling around her, she lands at a nearby rest-house of sorts. Here, her path crosses with that of a man who too appears strange at first glance, leaving our protagonist reluctant to interact with him. However, soon this hesitation transforms into ease, and a conversation begins to flow.

In the discussion that develops, several ideas about the transience of existence, the pain in remembrance and the unexpected nature of life are painted, all along tied with an intrinsic poetic sentiment.

The ensuing result becomes a calm meditation on the aforementioned ideas that are exchanged between two people in the quietness of the night. Since all of the events unfold in the darkness of dim-lit visuals, control on lighting becomes a crucial aspect which evidences a few wrinkles that can be ironed in subsequent projects. With that out of the way, it should be noted that the voice and approach should be explored further in more such endeavors by the team.
Read Less