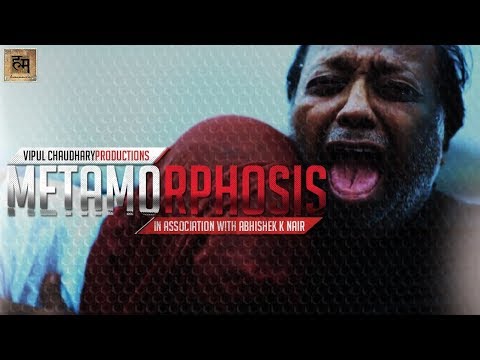 By Shubham Dubey with 7.4

The short film is beautifully inspired by Franz Kafka's Metamorphosis in which the protagonist wakes up to find himself transformed into a cockroach. Borrowing the same metaphor, it attempts to show how humans are no less than insects in an arbitrary, murky world of poverty, chronic diseases and the constant struggle to survive.

The colour palette of the visuals is of dirty greens, browns and greys, to further invoke a sense of filthiness associated with insects or humans who are not rendered any more valuable than them in a society where a father and his son fight with the latter's oral cancer. Amidst these hues of dirt and filth, the red scarf of the boy stands out. It perhaps serves to draw the viewer's attention to how he comes to be the only voice of hope in the narrative. However, this voice is soon snuffed out since a bright crimson has no place amidst illness and pain, the folly to be realised immediately, but not soon enough.